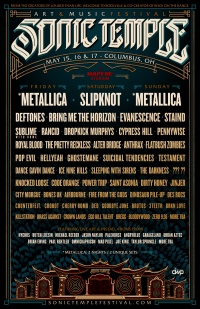 Evanescence announced that they will be performing at Sonic Temple 2020 on May 16th.[1] Visit www.sonictemplefestival.com for tickets!