Difference between revisions of "The Bitter Truth"

Amy confirmed that the new music will go back to its rock roots and that they've got some ideas in the bank, including previous songs that didn't make it to the self-titled record and Synthesis.[2][3] There is currently no confirmed release date, but there is intention to release the new music in 2020.[4]

She also explained that the new music is "dark and heavy" and has "The Open Door vibes" in terms of it having "weird and sparse" moments.[5]

After releasing 2017's Synthesis, Amy said the next album would go raw and focus on the band.[6] Later, she confirmed that the new songs are in a "place that’s even more raw", adding they are "all different" from each other.[7]

In a interview with Rock Sound in May 2020, Amy discussed the album's sound:[8]

Amy said the songs from the album will be released one at a time as the album is still being written and recorded.[9][10] "I want to live more in the moment with our music. To let each song have its own moment to be felt simultaneously by us and our fans. To connect us more", she told Rolling Stone India.[11] 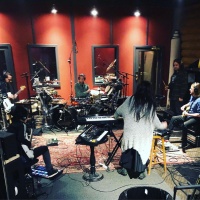 Amy has said that the band will record the album in sections during 2020 to work around their tour plans.[14] She said they might also bring in a different producer each time they hit the studio.[4]

The band recorded the first four songs with Nick Raskulinecz at his studio, Rock Falcon Studio, on January 20th and concluded on February 5th.[15] One of those will be released as a single. They aimed at working with another producer on songs in the vein of The Open Door and "electronic, weird, mid-tempo world."[16] Amy said she wants to release songs over the course of 2020 and in the end the full album will be released.[16] 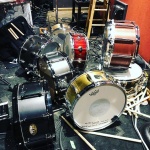 No orchestra was recorded for some of the songs from the album,[8] with Amy saying "that's not because we couldn't get together with one because of the [COVID-19] pandemic!"[7] Instead of strings, electronics (such as synthesizers, arpeggiators and sound effects) were used.[17]

Due to the coronavirus pandemic, the band worked remotely by sending ideas to each other.[18] By June Amy said they came to a point where they have to get together to finish the album and were trying to figure out how to get it done.[13]

On August 10, producer Nick posted on Instagram that Will Hunt tracked 9 songs. On a snare it's written "Evanescence Bitter Pill Sessions" and also gave away two song titles.[19] The post was later taken down.

When asked why the album is called what it is, she answered:

Wasted on You was the first single that was released digitally on April 24th. The official music video premiered on YouTube later that same day. It wasn't originally planned to be the first song, but after the COVID-19 pandemic, the band decided to release it first saying "the feeling and meaning [changed] of what we wanted to say right now."[10]

The second single, The Game is Over, was released on July 1, 2020.[21] Amy Lee said that the song is "a promise to [herself] and out loud that [she's] going to be more of [her] real, inner self on the outside — not lock her up because she can't be contained anymore. It's also a prayer to become better, to not feel so messed up, locked up, and hurt inside."[21]

The third single, Use My Voice, was released on August 14, 2020. For this, the band teamed up with HeadCount which is a non-profit, non-partisan organization, to help make it easy to register to vote for U.S. citizens. If you visit www.usemyvoice.org between now and September 30, 2020 to get yourself vote-ready (for U.S. citizens only), you will get access to a free, private online performance from Evanescence in October. For fans outside the U.S. they can pledge to vote here and they will also get sent the link for the performance nearer the time. With this song, Amy said she hopes "to inspire others to seek truth, find their own voices and use them as I step up to use mine. Don’t let anybody speak for you. Only you can do that."[22] This was originally planned as the first single, but Wasted on You was released instead due to the pandemic.

Wasted on You is the first music video from the album and was shot by the band themselves on their iPhones.[10] A second official video was put together with fan clips sent on TikTok,[23] which was released on June 24.[24]

The Game is Over is the second music video, which premiered on April 3. It was also shot by the band and edited by P.R. Brown.[21]