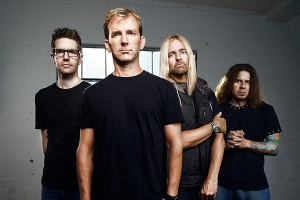 White Noise Owl is a rock supergroup composed of lead vocalist Pete Murray of Lo-Pro and Ultraspank, bassist John Fahnestock of Lo-Pro, Snot, and Amen, drummer Will Hunt of Evanescence and Dark New Day, and guitarist Chris Shy of Aurora Sky. Their debut EP, produced by Ben Grosse, Until We Meet Again, was released on March 11, 2014. Their debut album, Condition Critical, is scheduled for release in early 2018. The first single, Something, was released on August 1, 2017.