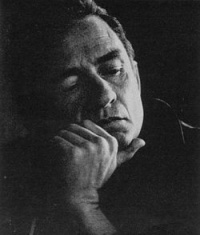 Johnny Cash, born John R. Cash (Kingsland, February 26, 1932 – Nashville, September 12, 2003), was a singer and songwriter of many folk and talking blues songs. Amy Lee is a great fan of Johnny.

God's Gonna Cut You Down

In 2006 Amy took part to the recordings of the Johnny Cash tribute video to "God's Gonna Cut You Down", directed by Tony Kaye. During the shooting, many celebrities had the opportunity to participate in the video. Amy's scene was recorded at the Trinity Church in Manhattan (New York).

We Walk The Line: A Celebration of the Music of Johnny Cash 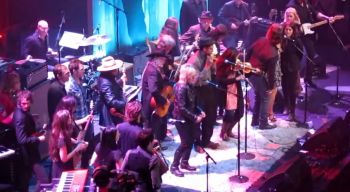 The performance of "I Walk The Line" by all of the invited artists.

On April 20, 2012, musical artists and friend reunited to celebrate Johnny Cash's life during the "We Walk The Line: A Celebration of the Music of Johnny Cash", in the Moody Theatre in Austin, TX 78701. The concert, which was placed in the Austin City Limits Live at The Moody Theater in the year in which the artist should have celebrated his 80th birthday, was not only to pay homage to Cash and to his music, but also to his roots and inheritance. During the concert artists who have won or have been nominated to the GRAMMYs such as Carolina Chocolate Drops, Kenny Chesney, Chris Cornell, Ronnie Dunn, Jamey Johnson, Kris Kristofferson, Ray LaMontagne, Amy Lee and Lucinda Williams, and such as Brandi Carlile, Andy Grammer, John Hiatt, Shooter Jennings e Rhett Miller performed. The tickets for the concert had been available to anyone since February 29, 2012.

The concert was recorded and will be published in a CD/DVD boxset and Blu-ray under Sony's label Legacy Recordings[3]. Amy performed a cover of "I'm So Lonesome I Could Cry"[4] and, at the concert's ending, "I Walk The Line" with all of the other invited artists[5].