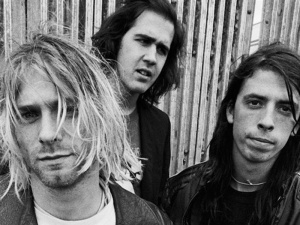 Band whose song Heart-Shaped Box has been performed live by Evanescence. Before the release of The Open Door, some Nirvana fans mistook the Evanescence's song Lithium as a cover of the Nirvana song of the same name. However, the two tracks are unrelated. This is what Dave Grohl had to say about Evanescence:

Amy included Nirvana's In Utero in her list of "The 10 Records That Changed My Life" when she was asked "The best album artwork is...":