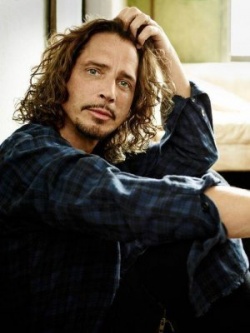 Christopher John Cornell (né Boyle; July 20, 1964 – May 18, 2017) was an American musician, singer and songwriter. He was best known as the lead vocalist for the rock bands Soundgarden and Audioslave. Cornell was also known for his numerous solo works and soundtrack contributions since 1991, and as the founder and frontman for Temple of the Dog, the one-off tribute band dedicated to his late friend Andrew Wood.

Chris died by suicide on May 18, 2017. Evanescence's song, Imperfection, is partly inspired by the event as Amy Lee explained that the song is about "for all the people we’ve lost, all the people who we could lose, to suicide and depression."

Amy posted this tribute to social media after Chris' death was confirmed: