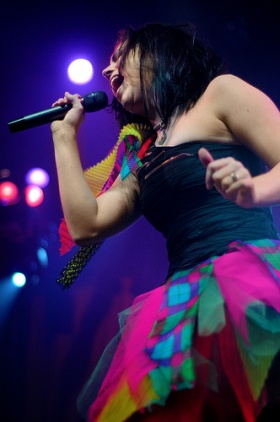 Amy Lee at the Grand Ballroom

The New York Secret Show was a warm-up show on November 4, 2009 before the Maquinaria Festival show in Sao Paulo, Brazil. Amy Lee announced the show in a post on EvThreads:

Tickets were sold out in under half an hour after being available.[2] Amy said on EvThreads:

The setlist was as follows:[4]