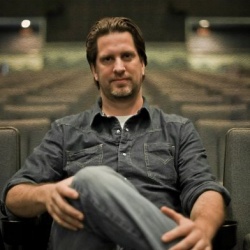 Eric D. Howell is a Director known for his work on Ana's Playground (2009), Voice from the Stone (2017) and Drop Dead Gorgeous (1999). His graphic novel The Revolution of Cassandra promoted Use My Voice.

Whilst he was directing Voice from the Stone, he specifically thought of Amy Lee to write a song for the movie. Amy accepted after watching a rough draft, and wrote Speak to Me along with the movie's score composer, Michael Wandmacher.[1]

In late July 2020, he directed the music video for Use My Voice, the third single from Evanescence's fifth album, The Bitter Truth. The video premiered on August 28, 2020.