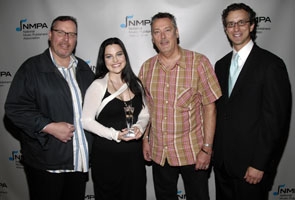 The Songwriter Icon Award, which is awarded by the NMPA (The National Music Publishers' Association) since 2006, is an award given to outstanding songwriters for personal achievement and who embody the vision of NMPA and the goals of its members. Winners of this award include Jimmy Webb and Neil Sedaka and Amy Lee, who won in 2008.[1]

During the award ceremony, which was held in New York City on June 18, 2008,[2] Amy performed the unrecorded[3] and still unreleased song "Your Love" for the first time ever.