From The Evanescence Reference
(Redirected from Robby Lee)
Jump to: navigation, search 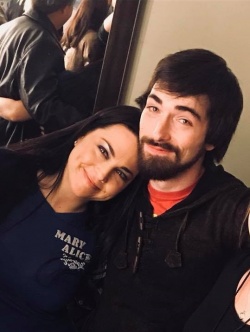 Robby Lee is Amy Lee, Carrie Lee and Lori Lee's younger brother. Amy wrote The Cartoon Network Song in 2004 about him and missing the channel when touring.[1]

In 2005, Amy created a campaign with the Epilepsy Foundation called Out of the Shadows to bring more awareness of the condition as Robby suffered with severe seizures from a young age.

In 2016 Robby recorded vocals for Hello, Goodbye on Amy's children's album, Dream Too Much.

On January 11, 2018, Amy posted the devastating news that Robby had passed away.

On May 23, 2018, Amy posted a picture of her very first tattoo which is in tribute to Robby. It includes three hearts from The Legend of Zelda video game, which is Amy's favourite game series.

For Evanescence's co-headlining tour with Lindsey Stirling in Summer 2018, the band added a cover of The Beatles' Across the Universe in tribute to Robby as they were his favorite band.

On October 6, 2020 - on what would have been his 27th birthday - Amy shared a few pictures of her and Robby together after a Tenacious D concert they attended together in 2013 with this message: